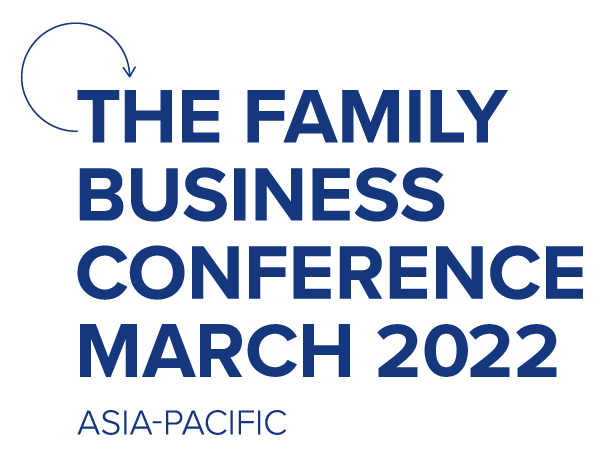 Following on from the success of our previous B2B sessions at past conferences, it’s back again in 2022!

This event offers the perfect opportunity to expand your business, social or enterprise contacts. All in a relaxed informal setting, all while enjoying a delicious breakfast. Don’t forget to come armed with your business cards … you never know who you might meet!

Coopers is a brewing family. It’s in their blood. Their passion for brewing has kept the family together and helped the business through economic recessions, wars, government imposts, changing tastes, pandemics and the occasional hostile takeover bid.

After dedicating over 150 years to the art of brewing, Coopers is an icon.

With the incumbent generation in their 50’s and 60’s, it’s time to plan for the next transition.

Australia’s leading family of brewers has restructured its senior management to enable the 5th generation to transfer from commercial to custodial roles while the upcoming 6th generation find their feet. The role of non-family executives will be key to this process.

Join Melanie Cooper and her nephew Andrew Cooper as they share: how the business is transitioning from the 5th to the 6th generation, the measures they have put in place to future-proof the business, and what it feels like to be the custodians of the Coopers legacy.

Putting you Best Foot Forward – the Restructure of Wittner Shoes

In 1885, Arnold Wittner had a one-way ticket from his hometown in Romania to the USA to join his brother. Presumably to start a family business.

After accidentally boarding the wrong boat and four months at sea, Arnold arrived in Australia. Soon after he bought a horse and cart and began trading consignment lots. However, in 1912 Arnold acquired a mixed consignment lot which he sold – all but the £100 worth of wrongly sized and out-of-style shoes, which he gave to 17-year-old son HJ.

Arnold leased the shop for HJ in Leads Street Footscray and said, ”Now you’re in the shoe business son.”

Decades later David Wittner (Michael’s late father) would joke, “if only we were left with iphones!”

In the 108 years since, and with the family name above the door, Wittner has become synonymous with quality and style. Michael Wittner, 3rd generation Chairman of Wittner, considers it a privilege to have worked with family in a business that today is recognised internationally as one of Australia’s leading footwear brands.

But the family’s motivations have changed. To pursue their planned exit from the business, Wittner is restructuring and is taking on a capital partner to expand the Wittner brand across the globe.

In the last 2 to 3 decades, and more recently over the last 5-10 years, the pace of life and the competition around us has increased at an alarming rate. Many struggle to cope with pressure, crisis or persistent hardship, but others may emerge strengthened and more resourceful.

Like any group of individuals, family members will react differently and understanding their behaviour (being empathetic for example) can effectively promote roles and well-being in the family and family business.

During this session, Dr Darryl Cross, a clinical and organisational psychologist and FBA Accredited Advisor will explore individuals and their differences; understanding who your players are; and how to “Strengthen your families resilience”.

Key takeaways will include: How do we understand individual differences; What are the 5 key stress emotions and what to do about them; and What are the keys to increasing resilience for the family and for the individual.

Parallel Session: Family Dynamics and the Role of the Family Office

FACT – 70% of all wealth transitions from one generation to the next, fail. These number grow to over 90+% for the following generations.

Importantly, we know that in 95% of these cases, the wealth transition failures are caused by one or more of the following “family dynamic” factors including lack of trust within the family, communication issues within the family, the next generation not being prepared or a lack of a clear purpose of the family’s wealth.

Family dynamics play a much greater role in successful wealth transfers than previously understood. There is a reason behind the saying…”Shirtsleeves to Shirtsleeves in three generations”.

Now in its third generation, Raptis grew from humble beginnings when Arty’s and Arthur’s grandfather Athanasios Raptis migrated to Ceduna, SA from Greece in the 1930s before opening up a fish and chip shop in Adelaide. Soon, Athanasios Raptis began filleting his catch for local shops and, within a few years, his entrepreneurial spirit had spread to his four sons and daughter, who developed the business into seafood wholesale and retail businesses.

Today Raptis is one of Australia’s largest private vertically-integrated seafood companies and diversified property investors. The past decade has seen the transition of responsibilities from the second to the third generation family members, although the journey to continue the legacy hasn’t been all smooth sailing.

Hear from cousins and third-generation family members Arty Raptis, CEO of Raptis Seafoods and Arthur Raptis, Executive Director, Raptis Investments on how their different pathways to leadership have helped them navigate through rough seas.